What does your donation do for us?

For over a decade since we established in 2011, the Catalina Film Institute has championed the growth of our young and establishing filmmakers’ IMAGINATION, EDUCATION and DESTINATION through year-round film workshops, filmmaker grants, scholarships, film society screenings, industry educational panels, mentorship programs and inspiring events!

We love film, the creative process, and the storytellers that create thought-provoking film and new media.

Just like our namesake island of Hollywood, Catalina, our goal is to are our artists with the tools to stand strong and resolute as they face the film industry’s rough waters, but more importantly, appreciate all the beauty they’ve struggled with once those waters calm and the spotlight shines upon their projects.

Simply put, you empower us to help people in obvious and not so obvious ways. The obvious things are scholarships and grants we’ve given to young filmmakers that come to our film workshops to learn. We continue to mentor, write referral letters, and even reach out to fellow industry contacts to help place them into positions. Some have gone on to work with some of their film-making idols, others in big studios, and some have worked on independent films that have been accepted into ours and other festivals. Three freshmen high school students from Catalina that attended our first film workshop in 2012, Justice, Makenna and Alessia, are all graduating from film programs at Loyal Marymount and UC Berkley this year.  We also just wrote a referral  for Alessia to go work in New Zealand’s growing studio system.  Our film grants go out to young and establishing filmmakers who’ve applied for short film projects and other promising scripts and film development packages (with financial and mentorship programs).

A Journey for Nick LeDonne

In 2020 our 2016 Animated “Best of Fest” film winner (after gaining world recognition for his film about his struggles with depression, homosexuality, and suicidal tendencies), Nick LeDonne,  just released his book about his triumphant victory over those struggles called From Hanging to Hang On.  Not only did he attribute the cementing of his turnaround in life with his acceptance to our prestigious festival, before actually feeling the continued support and love from our team after the event, but he also placed our CFF laurels on his back cover with photos of our festival (and his historic run) inside the book.  Although we’re honored that he considers us part of his turning point in life, we are humble enough to know donations like yours are why we still exist and are in a position to spot great talent to propel into the spotlight. The rest was up to him, and we were glad to be the vehicle in his journey to help push him further along. That power to help came from the support we receive from you. And we had no idea his mom sold her wedding ring to get him to our festival that year… until after we read his book.  These are the lives you help shape and change.  Aspiring filmmakers hold the Catalina Film Institute in such high regard… but we hold them in higher regard, and that’s a special relationship.  It makes our sleepless nights, financial concerns, lugging all the equipment and boxes to/from the island worth it. And make no mistake.  YOU make that happen for a bunch of filmmakers just like Nick with all their unique stories from all around the world. If you’d like to watch Nick’s 2016 award-winning short film, go HERE 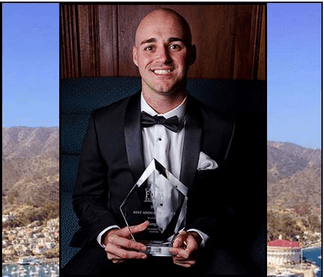 The not-so-obvious are who we’ve been empowered to help with the countless VIP Passes and auction items we’ve donated throughout the years to other great non-profits; from terminally-ill children’s organizations, women’s empowerment groups, struggling theatre groups, medically-needed reconstructive surgery organizations, high school arts programs, art associations, medical centers and hospitals, impoverished community relief organizations, Catalina Island local non-profits, and so many more that ask and we say yes.  We may say yes too often when asked, but what are we here for if we can’t help?
Your donation fuels that drive to continue to help others and put a spotlight on films/stories that need to be told; shaping the minds and thoughts of our audience.
Thank you!